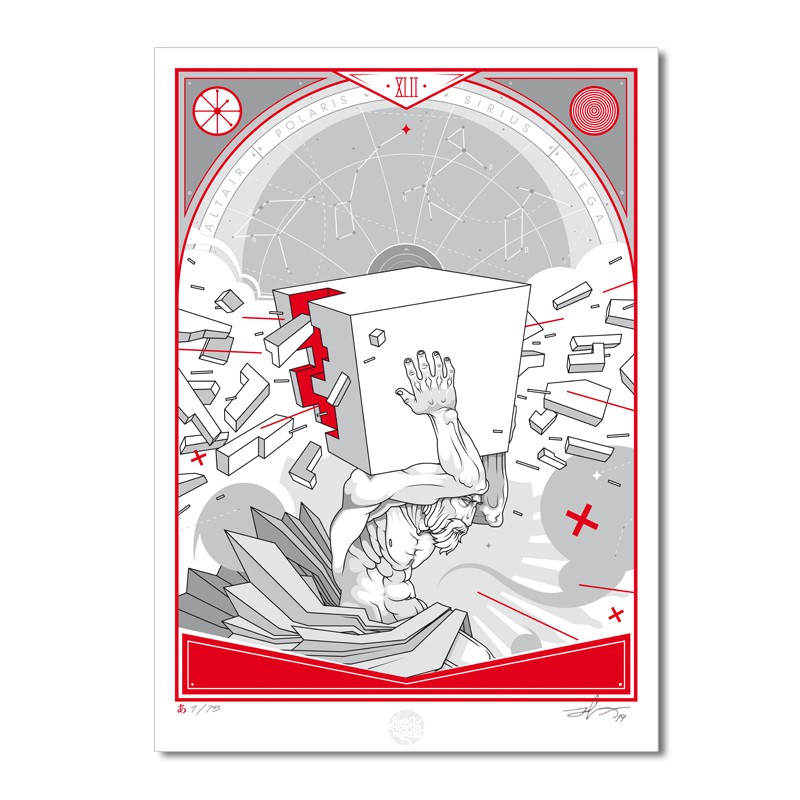 Atlas is the Titan which Zeus makes responsable for holding the Heavens, making the existance of the World possible and in it, all of us. A symbol of the force that makes reality itself posible. That is always where it has to be. That always makes its function, which without it everything would fall apart, would disappear.

In my particular interpretation of this mythological character, the classical celestial sphere has been replaced by a cube (a symbol of enduring stability, wisdom, truth and moral perfection) in construction or in deconstruction (depending on the viewer's projection), in the midst of multiple of its parts floating towards itself or going towards some other direction, under a blanket of impassive constellations.
Above, two symbols, one representing Chaos (a glyph where several particles move unevenly out from a center) and another representing Order (countless concentric circles perfectly aligned), reaffirm the message of the work that refers to the instability of life, the constant change to which we are all subjected and the suffering that this entails. The mutability and instability of things, especially in this century, where everything changes so quickly and disappears in the same way... poor Atlas , he always infallible and immutable and now tries to hold something that is in motion, something that can hardly be grasped because of so much change, it almost does not exist.