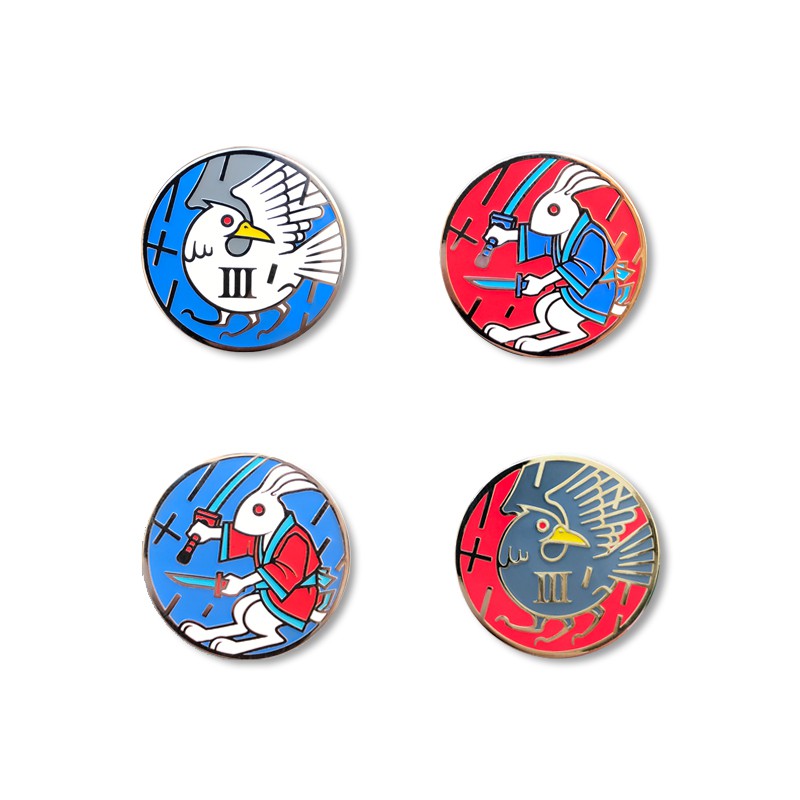 Nikkō and Gakkō accompany Buddha sculptures throughout Japan. Gakkō is the "Bodhisattva of Moonlight" and Gesseimanishu is his representation as a gachirin (月 輪 - lunar disc) with a rabbit making mochi (glutinous rice cake) inside. Nikkō is the "Bodhisattva of the Sun Light" and Nisseimanishu is his representation as a nichirin (日輪- Sun disc) with a black three-legged crow drawn inside.

In the West, when people look at the Moon, they see a man in it. The Chinese see a rabbit, pounding magical herbs to make the elixir of eternal life. The Japanese, with their love of obscure wordplays, envision the same rabbit pounding rice to make mochi. The name of the full moon is mochizuki, while mochitsuki means “making mochi”.

The solar symbol is known in China as Sānzúwū 三足烏 (lit. three-legged bird) and appears in Chinese artwork dated to the Yǎngsháo period (5000 BC to 3000 BC). In Chinese mythology and ancient philosophical texts, this bird is intimately related to the Sun. It has three legs, according to the Huáinánzǐ (淮南子 - II century BC) Chinese text, because three is the emblem of Yang and the supreme essence of Yang is the sun.

For more information about the individual pins that are part of this pack, check it out on the specific products in this shop.